My wrist tendons gave up a while ago, but recently I’ve had problems with my arms too – typing on a traditional straight keyboard positioned in front of me pulled my arms forward, shoulder blades out and up, which in turn impinged on the tendon at the top of the bicep. Also, the hunching made my neck crazy tight. Ow.

Separating a keyboard into two halves means that each half can be closer to the body, so elbows sit at 90º at your sides, forearms are angled slightly outwards, and shoulder blades are back and down where they’re meant to be. It’s helped a ton, even having a real effect on my posture, and I always notice a painful difference if I go back to mindlessly stretching out to a laptop keyboard for any length of time.

I’ve been using the Matias Ergo Pro for a couple of years now: 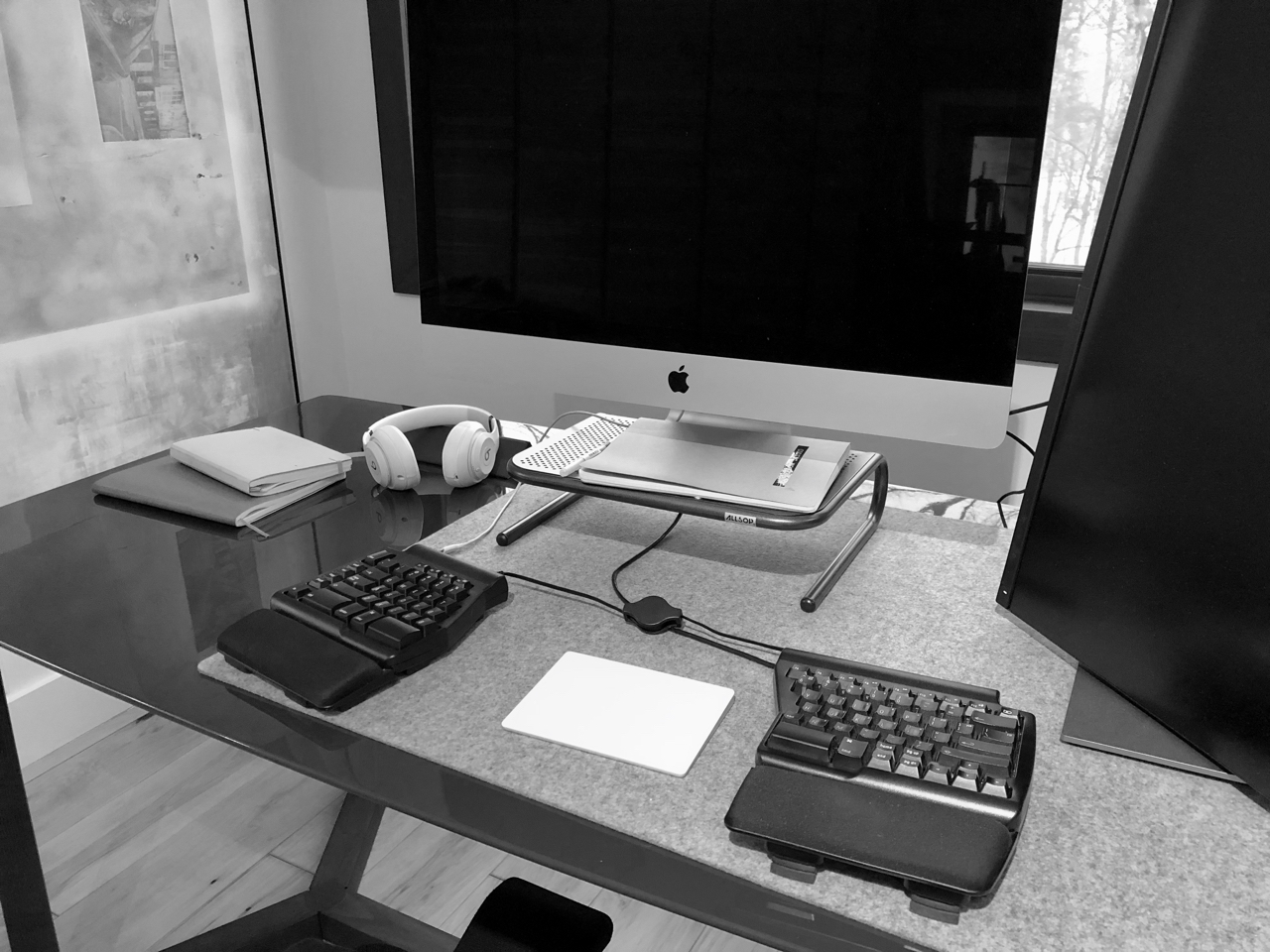 My physio approves, and I will only buy split keyboards in the future, but the search for “the one” continues. Obviously.